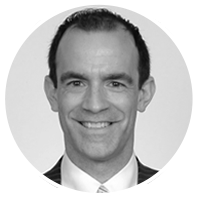 As CEO for Inuvika since its incorporation, Kevin brought more than 20 years of experience in advising companies in the technology industry to the company.

Prior to joining Inuvika, he was President of Link Strategies, a Toronto based consulting firm where he acted as a consultant in large financings in the auto and senior housing sector.  Kevin was also VP of Public Affairs at Magna International, one of the largest auto parts manufacturers in the world with sales, at that time, of over $22 billion.

As a former partner at Morrison Brown Sosnovitch LLP, he was named on a number of occasions by LEXPERT, an independent peer survey, as one of Canada’s leading franchise lawyers.

Kevin holds a law degree from Osgoode Hall Law School in Toronto and a Bachelor of Business Administration with an Economics major from the University of New Brunswick.