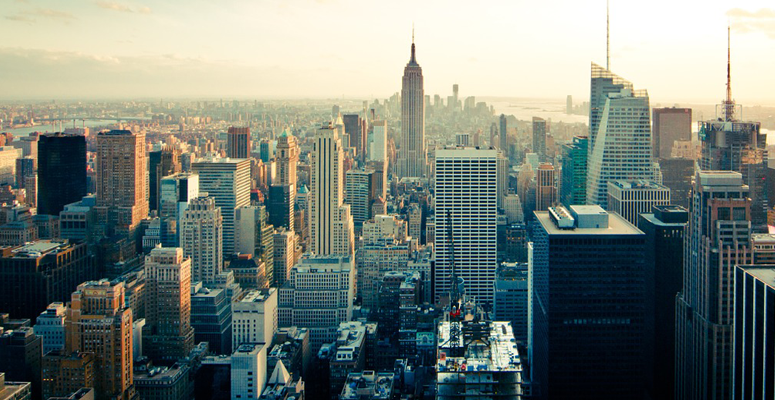 …and it’s costing them millions of dollars.

Government IT departments are often one of the last places that politicians or the general public look to when trying to squeeze more out of the limited public purse. This is not likely intentional. Elected officials and their constituents understand when roads and bridges are in of need of repair. But the IT department is often just seen as a bunch of people in a far off building who make desktops work so that employees at the municipality can get their work done.

Most politicians who are setting the IT budgets do not have a clue what IT is doing. They demand more and more from them as technology changes, but unlike a crumbling road or rusting bridge that can be seen by all, they really do not know how anything happens in the IT department. As long as they can get access to their applications and data, everything is fine. This lack of knowledge leads to a lack of political willpower to make change happen or to even recognize that change is needed. Money can be saved by doing things differently.

European cities have been leaders in moving to open source technology. It has been 13 years this month since the city of Munich decided to migrate to Linux from Windows NT 4.0. At the time, over 10,000 desktops were in operation in city departments. Munich became an example for other European cities to follow, working as a laboratory for the grand experiment. By 2013, Munich had 15,000 users of LibreOffice, an open source alternative to Microsoft office. The city also moved to a centrally managed open source infrastructure, gaining many of the efficiencies that proprietary products would supply, but doing so at a much lower cost.

In some cases, the price and complexity of proprietary centralized solutions, like VDI, end up negating any savings because of complicated administration, the need for external expertise to keep things operating and the heavy use of infrastructure. Munich has saved millions of dollars since moving to open source solutions through a massive reduction in software license fees, central deployment and streamlined administration tools.

City after city in Europe has started down the path to an open source world by mandating that open source solutions be considered and preferred to a proprietary software solution. One of the most recent examples is Bern, Switzerland. In November of 2015, Bern city council decided to end its dependency on proprietary software. This decision was made with an appropriate multi-year plan designed to coincide with proprietary license expiry dates in 2018. A request was made by IT for a six year renewal of proprietary licenses. Council rejected that request and only allowed proprietary software to be used until 2018. Council stated, in a quote from several sources, that “From now on, the IT department may only procure and implement solutions that are platform-independent.”

In the city of Ede, The Netherlands, their annual IT budget is 24 percent less than other municipalities of a comparable size. Most of this is as a result of Ede’s extremely low spending on software licenses after moving to open source. It is the equivalent of €56 per full-time equivalent employee instead of €731 at other municipalities. That is 92 % less than the average!

Camilla Taekke, Aarhus city project manager was quoted as saying “There are several vendors we no longer want to depend on, nor do we want them to own our data. Our goal, however, is not to get rid of all proprietary applications. The purpose is to use open source where it creates most value.” In order to get the changes to occur, she said “I am not sure whether a top-down or a bottom-up approach is the best way to go. We are still at the beginning of this journey, looking to pick the low-hanging fruit now and at the same time create a future for even more open source software. What we have learned is that it is key to have the top decision-makers on board or else nothing will ever happen. At the same time, we deploy a bottom-up approach when we are creating material and information to reduce and eliminate lock-in by demanding open standards from vendors.”

It is this political willpower that is necessary to make change happen in the US and Canada. The continued dependency on proprietary vendors when free (or low cost ) and flexible software is available that can do the same job makes no sense at all. It would not survive procurement rules in any other government department. Options are available now that were not available in the past and they must be considered. Price is not the only consideration. Open source software can also provide flexibility in allowing a custom fit to be created or allowing for collaboration and additional savings between government departments. The functionality of similar software should be compared. The proprietary software, in some cases, may be far more feature rich. But that should not end the enquiry. If many of those features are not being regularly used by everyone at the municipality, then why is the full featured proprietary software being purchased for everyone, instead of the few who actually might need it?

Toulouse, France is another city that has replaced Microsoft solutions with LibreOffice creating savings of over €1 million. The project was agreed to in 2011 and started in 2012. It took a year and a half to get 90 per cent of the desktops running LibreOffice. Until April 2014, Erwane Monthubert was responsible for implementing IT policy. She said “Software licenses for productivity suites cost Toulouse €1.8 million every three years. Migration cost us about €800,000 … €1 million has actually been saved in the first three years. ”

Of course, migration to any new system is not going to occur without transition difficulties. It never happens when installing new proprietary software, so there should not be an expectation that it will be problem free moving to open source. There is always resistance to change in any public organization. The resistance comes from users who do not want to learn to use new applications. It comes from IT staff who do not want to fix something that is not broken. It comes from proprietary software vendors creating noise and insisting that some open source software is not as robust or not as secure.

To address the security issue head on, we can look to the Italian military who just announced that they will be going open source with over 100,000 desktops and expecting savings of €26 -29 million (US $30-33 million) over the coming years. This will make the project one of the largest deployments of LibreOffice in Europe.

Many cities also have to deal with privacy issues. We can look to Genomics England and the 100,000 Genomes Project where they are required to protect medical data and at the same time give access to researchers from around the world. They also do this with open source software. Open source software can easily comply with privacy audits because, unlike proprietary software, the source code is freely available.

To overcome the resistance to change by users and to make a migration easier, there are products on the market that allow for Windows apps to be delivered through a Linux platform. Inuvika’s OVD Enterprise is one such product available today. Application virtualization products can allow for secure delivery of applications to thin client or zero client devices (devices that require very little computing power) or to employee owned devices. Application virtualization removes any computing requirements on the desktop, ridding the requirement for expensive PC replacement. This would allow for the immediate reduction of some Windows licenses. At the same time, a transition period can be allowed where employees can use both Windows and Linux apps while learning to use the open source software. Alternatively, the mixed environment can continue to be delivered, at a relatively low cost, as far into the future as required.

Application virtualization and centralization software are now available in open source formats meaning that VDI, generally through VMware or Citrix, is no longer the only solution available to municipalities looking to centrally manage their desktop environment. Proprietary virtualization solutions are generally bundles of software that are increasingly complex and expensive. Many of the capabilities are not even required, but because of the bundling, municipalities are forced to buy functionality that they do not need. Open source products allow you to choose what you need. Application virtualization is a much simpler way to offer a centralized solution than VDI. It is not only cost effective, but far more flexible. With open source software, a lot of the license complexity disappears and it is easier to add additional licenses at little cost whether they be for mobile employees, employees that bring their own device or employees who work from multiple locations.

Cities that want to make the move to open source should take the following steps:

The move to open source is inevitable as open source communities of developers continue to work on thousands of applications and as more software development companies invest in an open source model to allow for greater flexibility and lower end user prices than existing proprietary competitors. Europe has more than a decade head start on North American cities. The quality of available open source software has improved so much in that decade, that the transition can be far easier for cities starting now, than it was for Munich when they got the ball rolling in Europe.