OVD Supports Research at the University of Exeter 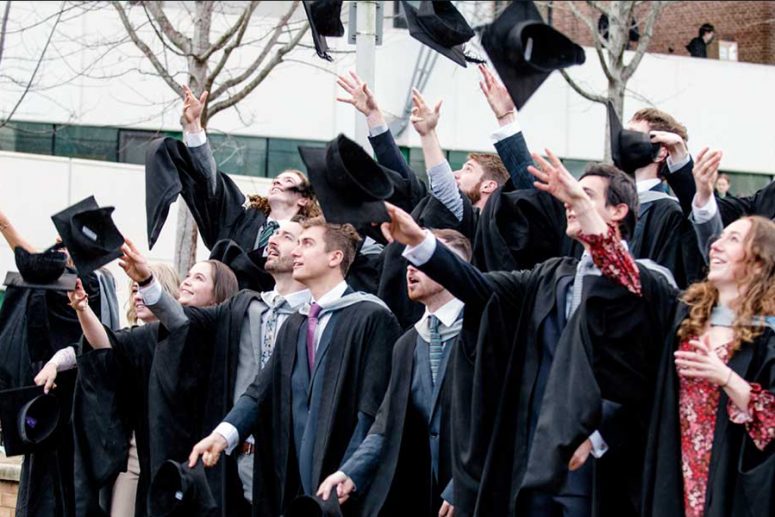 The University of Exeter is a world-class public research university located in Exeter, Devon, Southwest England, UK. It was formed in 1955 through the merger of several institutions that individually date back as far as 1838. Its four campuses in Exeter and Cornwall serve 3100 academic staff, 2600 administrative staff and 24,000 students. It is also a member of the Russell Group of research-intensive UK universities.

Dr. M.D. Sharma (MDS) is a Research Fellow in Exeter’s Center for Ecology and Conservation at the Penryn Campus in Cornwall. He oversees a group of research students in bioscience fields like Genomics and Evolutionary Biology. Dr. Sharma also brings over 25 years of Information Technology experience alongside his research background.

Dr A Cowley (AC) has a research background in Materials Science and Mechanical Engineering, has worked in IT Support roles for around 25 years and is currently a Research IT Officer within Exeter IT, also based at the Penryn campus. This current role supports STEM researchers at the campus and includes running HPC and other research specific systems and GIS, programming and database support.

Researchers often use applications like RStudio, NetLogo, MEGAN, Metashape and Matlab to run lengthy and multifaceted computational analyses. Depending on the size and complexity of the data sets, some computational workloads would run for weeks at a time. Some users prefer to use command line interfaces for their workflows and others opt towards using GUI based workflows.

Initially, the department implemented Dell vWorkspace that enabled publication of virtual desktops and applications to the researchers in a device independent manner. When Dell announced the discontinuation of vWorkspace, the department needed to find a cost-effective replacement that would support their researchers’ workflows.

The team envisioned a proof-of-concept solution that would allow them to create a secure virtual research workspace without relying on full virtual desktops that are generally resource-intensive and grow over time.

The Need to be Environmentally Friendly

The department wanted to extend the life of existing workstations to avoid unnecessary replacement in an effort to be more environmentally friendly.

Also, after a 5 year manufacturer warranty, server hardware can still have considerable utility for supporting research. A number of research colleagues would purchase additional machines to keep ‘under their desk’ for their own computational use which could sit idle while still consuming electricity. Consolidating their computation onto these older servers would remove some need for additional workstation purchases. Combined, these two factors reduce both hardware purchase costs from research budgets and the number of machines that eventually enter the WEEE channels (a UK based regulatory scheme for electronic waste).

Inuvika’s previous experience with building virtual research environments created an opportunity to deliver on the team’s vision as well as consolidate the researcher access to applications.

OVD Enterprise supports the Windows and Linux-based applications, required by the researchers, at a much lower cost than competing solutions like VMware Horizon.

“When we looked at the other solutions on the market, they couldn’t deliver the value per money as OVD did.” Dr. M.D. Sharma

OVD Enterprise also takes a “clean room” approach to consolidating and securing data and applications within the data center. Once implemented, researchers would log in and be presented with assigned applications with their choice of a shared Linux desktop interface, Web portal, or seamlessly integrated into their own local mac, Windows, or Linux PC desktop. From there, they simply clicked on the icon and were able to use apps like they would normally do. However, the apps, data, and processing of data never reside locally on the user’s device and instead run on the department’s servers. The data is secured within the data center and computations can run reliably for long periods of time without the risk of external interruptions. OS specific applications running on an OVD application server could then be accessed on a range of local systems which would not normally be possible either because of machine specs or an incompatible OS. The ability to access applications on any device was very appealing to the team:

“I like OVD’s thin client methodology. We can work with Linux applications and remote shared desktops on any type of machine. It’s very convenient.” Dr. M.D. Sharma

After consolidating the department’s multiple CentOS and Ubuntu Linux servers, the team also finely tuned OVD’s Session Manager to load balance traffic in precise ways. For example, suppose one application server required priority user access for a specific type of workflow or user. In that case, OVD can be configured to limit CPU usage and restrict user access to applications outside of the server’s designated workflow. It essentially creates a Qualityof- Service level for priority workflows when needed. During gaps between compute runs, unused computing cycles across the OVD estate could seamlessly and efficiently be made available for other tasks.

After implementing OVD Enterprise, the team was able to better utilise previously underused compute capabilities while providing researchers with an easy-to-use platform to conduct their workflows.

From a financial perspective, selecting OVD over competing solutions created cost savings and gave the department more room to work within its budget. The department was also able to extend the life of desktops and servers, lengthening the replacement cycle.

“Giving researchers access to applications installed on a smaller number of more powerful systems within OVD will significantly reduce support overhead in areas like installation and updates and make applications available in ways not possible before.” Dr. A Cowley

Finally, OVD’s ease-of-use made access to applications fast and simple. OVD eliminated the need for researchers to know where a specific application is located amongst multiple servers. While some research students were highly technical and could access servers through terminal command line sessions, others relied on a more user-friendly approach for accessing apps.

“With OVD, researchers don’t have to look for an available application server with the apps they need. They just log in and see their apps in OVD. From there, they simply point and click.” Dr. M.D. Sharma

Now that the most critical Linux applications are available, the department plans to add Windows support to the OVD Enterprise environment. They have identified some specialized applications needed for disciplines like Marine Biology, which are only available on Microsoft Windows.

Since OVD Enterprise is built to support Windows and Linux applications, the addition to the department’s existing environment will be straightforward. Once complete, the researchers will be able to use both types of applications together and within the same OVD session. It is this uncomplicated approach to app delivery that the researchers have come to rely on.
Download the PDF