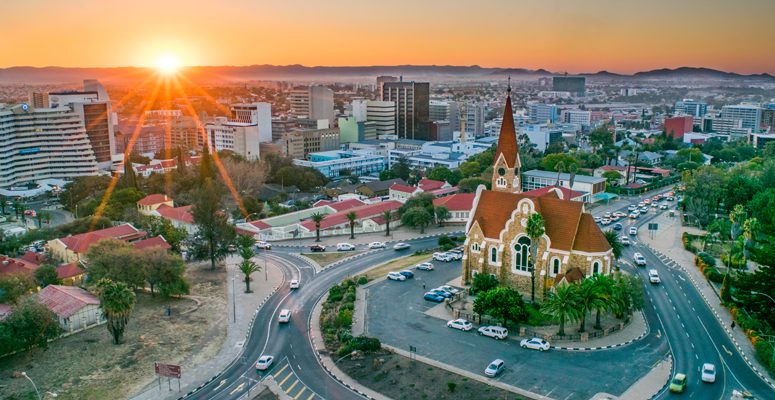 The Namibia University of Science and Technology (NUST) is one of the nation’s two major Higher Education Institutions.  It was founded by Act of Parliament in 1994, with a history that dates back to the creation of the Academy for Tertiary Education in 1980. Today, it employs 1,150 staff at its campus in Windhoek, Namibia.

NUST has six faculties and 20 academic departments that offer undergraduate and postgraduate programs to over 14,000 students.   The university is widely considered the best Higher Education institution in the country and has won multiple awards at home and internationally.

Breyten Mouton is the Manager of ICT Services in the Department of Information and Communications Technology at NUST.  Since joining the university in 2000, he has seen rapid growth in both the number of PC workstations used, as well as IT staff required to support them.

Information Technology is a strategic resource at NUST. However, the growth in the number of desktop users, together with constant budgetary pressures and aging backend infrastructure, began to threaten the department’s ability to act proactively.  More resources were being used for day-to-day support.  If left unchecked, the department’s efforts to modernize learning through new services would be severely impacted.  They needed to find new efficiencies and maximize the return on every IT budget dollar spent.

Throughout the decade that followed, Breyten and his team implemented several solutions, including VMware Horizon VDI, to address the increasing cost of supporting desktop infrastructure.

None of the options generated the results that the team needed to see. Maintenance and support costs for their VDI environment also proved too high in the end, so a change was needed.   The team’s other major challenge was to deliver new services with their aging mix of back end servers and storage.  They required a new solution that would support them in the future, not just the present.

The answer was to deliver virtualized applications and consolidate resources onto a high-performance hyperconverged Infrastructure platform from Nutanix.

The Nutanix platform proved to be an excellent choice for addressing the backend infrastructure issues.  Along with improved performance, they now have a powerful and efficient platform that reduces the amount of time spent managing separate systems and provides a strong foundation for future growth.

The installation of OVD Enterprise on the Nutanix platform was straight forward.  OVD Enterprise has been validated Nutanix Ready for the Acropolis Hypervisor, ensuring compatibility.  The first rollout delivered 90 Windows applications to 600 users, with enough capacity to grow to 1500 or more within the year.

“Inuvika’s solution was the best fit for our needs.  OVD not only addressed core application delivery but also represented an opportunity to lower costs and centralize management.  Also, there was added flexibility to introduce different devices, including thin clients.”

The ClearCube C3Pi uses Cloud Desktop OS, an operating system based on Stratodesk’s NoTouch operating system.  It includes Inuvika’s OVD Enterprise Desktop Client, which provides the best virtual workspace experience for OVD users. Now, students experience the familiar look and feel of a Windows desktop on a low-cost device that is easy to deploy and manage.

By virtualizing applications and delivering them to the new thin client terminals, the number of support resources needed to manage endpoint devices decreased significantly.

“In the past, we used six technicians over two days to perform desktop maintenance and software updates in a student lab which consists of 180 workstations.  After moving to OVD, application updates are now done centrally and made available for use right away. Updates to the Raspberry Pi devices are also performed from a central management console.  Now we use one Level 1 technician to troubleshoot basic issues, while other more resource-intensive tasks have been centralized and dramatically simplified.”

User support incidences also decreased.  After the initial transition period, Level 1 and 2 support incidences are less than half, and user feedback is very positive.  Users describe their experiences as “fast,” applications launch almost “instantly,” and uptime has been exceptional with no unplanned outages to date.

Overall, the IT department has been able to reduce the number of support technicians by 60%, generating efficiencies that are being rechanneled into new services. Support staff are being retrained and reassigned to new projects for the university and its students.

“We plan to create new roles to help us manage our growing list of services, including a Software Administrator to manage applications.  The new efficiencies that we were able to achieve with OVD Enterprise have helped to make this possible.”

As the IT department continues to restructure, they are already planning for the future.  Other academic units within the university, such as the Department of Architecture and the Faculty of Engineering to mention a few, have taken notice of the team’s success and are asking to have their applications added to the platform.

With expansion already on the way, the scalability of the OVD Enterprise and Nutanix platforms will make the addition of users easy.  The team is also preparing for new all-in-one thin client terminals as well as to support users outside of the labs on tablets, phones, and other non-Windows devices.