Is the Desktop Dead? - Inuvika 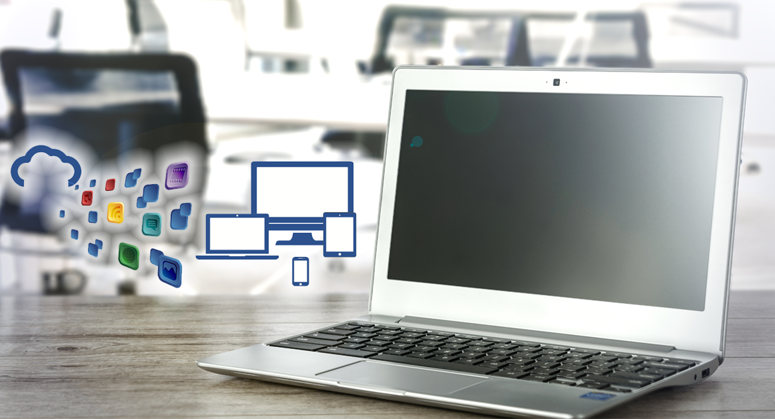 No matter which side of the debate you’re on, more non-desktop PC devices are connecting to the Internet than ever before. A flood of devices ranging from smart phones and tablets to Internet-of-Things (IOT) provide new ways for people to access networks. According to Gartner, the number of IOT devices connected to the Internet will reach 20.4 billion by 2020 alone.

But does this mean that users are shunning their desktop, or are desktops now simply a smaller part of an overall mix that is undergoing transition? More importantly, how can businesses leverage new devices to drive efficiencies and deliver new services without hindering productivity?

The consumerization of IT continues to influence technology adoption within the commercial space. Faced with a new generation of employees and powerful, yet inexpensive, consumer technologies, many organizations now look to support initiatives like BYOD (Bring Your Own Device.)

Others see an opportunity to lower their desktop costs by deploying lower cost alternatives like Raspberry Pi clients or tablets. According to McKinsey and Company, the average total cost of implementing and supporting desktops can consume up to 40% of an organization’s IT budget. Reducing the cost of managing these desktops can add up to significant savings.

The end result, however, is the same. It’s no longer just a Windows desktop world. Changing workstyles and workplace structures are forcing IT to adapt. One thing is certain, the rise of mobility and Cloud computing are enabling much of this change.

The launch of Apple’s iOS mobile platform set a new benchmark for what a mobile device can and should do. Prior to 2007, smartphones focused mostly on messaging and had limited Web browser or application support (if at all.)  iOS ushered in a sweeping revolution that placed a phone, entertainment and full-fledged Internet device together into the pockets of millions of people. Essentially, a 3G data-capable computer in your pocket.

Commercial enterprise also took note. Organizations like Toronto’s Hospital for Sick Children were among the first to deploy iPhone and deliver mobile services to staff who were always on-the-go. Fast forward a decade to 2017, and the availability of competing platforms like Google’s Android and related products like tablets, wearables and Chromebooks continue to outpace PCs in terms of connectivity to the Internet and units shipped. According to Statista.com, the percentage of Desktop PCs used to connect to the Internet in the United States dropped from 74% in 2010 to 56% in 2015. During the same period, mobile phone use grew from 27% to 53%, and Tablets from 3% to 31%. Add in IOT devices, and this pattern continues around the world to this day.

Early into the new millennium, cloud computing also arrived on the scene. Together with improvements in wireless and local network availability, the cloud permitted anyone to access information wherever they were. Suddenly, we weren’t restricted by having all our data and applications stored locally on a device.

Enterprise also leveraged the cloud to its benefit. Expensive data center infrastructure could be offloaded and leased back as a service at a lower cost. Persistent network connectivity allowed remote and field workers to stay out of the office longer and still connect to the corporate network. Traditional client-server app models were replaced with Software-as-a-Service (SaaS) that delivered application functionality to a web browser, not through a locally-installed app. The cloud added yet another revolutionary opportunity for enterprises to deliver new services and drive new efficiencies. When paired together with new mobile devices that relied on centralized network services, the cost and bulky form factor of PCs slowly began to fall out of favor for some. The future envisioned by Internet pioneers like Netscape, Sun, and others started to become a reality: Computers would eventually shed their heavy operating systems and instead rely on a browser to run programs over a network.

Many of today’s mobile and thin client (lite devices) offer core functionality like Web, messaging, calendaring, and multimedia communications, while also offering lower cost compared to many PCs. However, the primary challenge with lite devices is limited power and functionality. Most cannot natively run business-critical applications like Microsoft Office, or deliver the same experience of their desktop counterparts. Power users with compute-intense workflows (CAD, video editing, or graphic design, for example) will more than likely need greater performance and more resources to complete their work. And if an organization uses customized apps that are platform-specific, your options are limited.

An important dilemma remains: Lite devices offer attractive benefits, but how can you maintain productivity on anything other than a full Windows desktop?

In recent years, Virtual Desktop Infrastructure (VDI) has gained acceptance as a method for centralizing services and delivering full desktops to different devices. Many also view VDI as a deceptively simple option for delivering virtualized applications. To work well, however, VDI requires complex and expensive up-front investments. Organizations must manage large, complicated hardware environments, as well as virtual desktop images and applications. A VDI project can be a significant undertaking for any organization, and may be more than what they actually need (along with a hefty price tag.)

A complete virtual desktop, in many cases, is not required. The real priority should be the delivery of applications, not desktops. By using a virtualized application delivery platform like Inuvika OVD Enterprise, organizations can turn non-Windows devices into an effective computing device, without the demands of VDI. It is an alternative to VDI. Any virtualized Windows or Linux application can be delivered to any device, including:

Any device can now become a cost-effective productivity device for typically half the cost (or even less) of VDI solutions from Citrix or VMware.

OVD Enterprise enables seamless local or cloud-hosted delivery of virtualized Windows and Linux applications to any device. Users can access apps and data through an experience that feels like they are running apps locally on a PC or tablet. If you access virtualized apps on a desktop device, OVD will even integrate them into the application launch menu and they will behave as though they were installed and running locally.

The lightest of devices, including low cost Raspberry Pi thin clients, can now be used to access enterprise systems and services, because the actual data processing is performed on a server that resides in a local or cloud-hosted data centre. A user is simply presented with an app screen on the device, while the heavy computational lifting takes place off the device.

Desktops may not be dead (yet), but they certainly are under pressure from different directions. IT departments are constantly looking to reduce costs while also adding new technologies like thin clients, tablets and smart phones into their deployment mix. End users are increasingly turning to mobile devices as their preferred method of connecting to networks, creating further pressure on IT departments to support non-Windows devices in the workplace.

At this point, a more reasonable conclusion is that the traditional desktop plays less of a role; however, the need for desktop-level productivity is just as important as ever. As lite devices evolve to become more powerful and more functional, desktops will still continue to play a role. However, the gap that separates the two is narrowing quickly. During this transition period, the question better asked is how can IT leverage existing application infrastructure to support alternative devices?. In that sense, the desktop is dead, because the real priority should be the delivery of the application, not the desktop. While VDI is viewed as a solution for some, many organizations cannot afford the significant cost and complexity. They need a VDI alternative. Virtualized application delivery platforms like OVD Enterprise provide a pathway for delivering this functionality, without the need for costly and complex VDI solutions.